Information landing through to AfricanFootball.com is that England and Everton international striker Wayne Rooney will face Kenyan side Gor Mahia.

The former Manchester United forward has completed his switch to his former club, Everton and will be included in the trip to Kenya.

It is reported that the new Toffees striker will face Gor Mahia on Thursday in a pre-season friendly match at the Tanzania National Stadium in Dar Es Salaam.

Betting giants SportPesa confirmed through a tweet on Monday, with the 31-year-old set to face the 15-time Kenyan champions.

CARL IKEME READY FOR NEW ERA AS HE BATTLES LEUKAEMIA

Rooney reported for his first day of training at USM Finch Farm on Monday and will be part of the travelling party to East Africa later this week as manager Ronald Koeman prepares for a maiden meeting with K’Ogalo.

“I’m looking forward to it – it should be a good trip. It’ll be nice and hopefully I’ll get on the pitch and get some game-time,” Rooney told EvertonTV on Monday.

“It’s good when you go away with the team. It’s good to be around the hotel with the players, spend more time with them and get to know them more.

“I’ve never been to Tanzania before, so I’m really looking forward to it.”

On the other hand, it is announced that coach Dylan Kerr’s outfit will jet off out of the country on Tuesday morning en route to Tanzania. 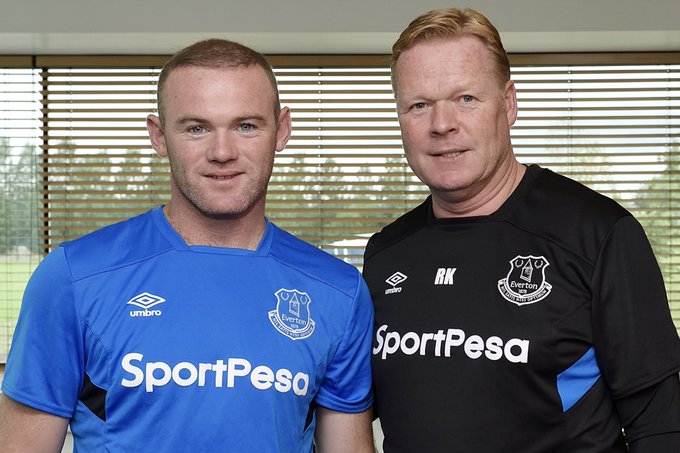 | Rooney says #EFC‘s trip to Tanzania provides the perfect opportunity for him to get to know his new teammates: http://bit.ly/2tyZ4J9