The winger has put pen to paper on a two-year contract after completing a medical, sealing the 23-year-old’s return to the La Liga giants

Spain winger Gerard Deulofeu has completed his return to Barcelona from Everton.

The La Liga giants exercised a buyback clause in the deal that saw the 23-year-old move to Goodison Park in 2015 two weeks ago after he impressed while on loan at AC Milan during the second half of last season.

Deulofeu, 23, completed his medical at Barcelona on Friday before signing a contract running until June 2019 at the club’s offices.

Barca did not disclose the fee paid for Deulofeu, although it has been widely reported to be €12million.

Barca did not disclose the fee paid for Deulofeu, although it has been widely reported to be €12million. 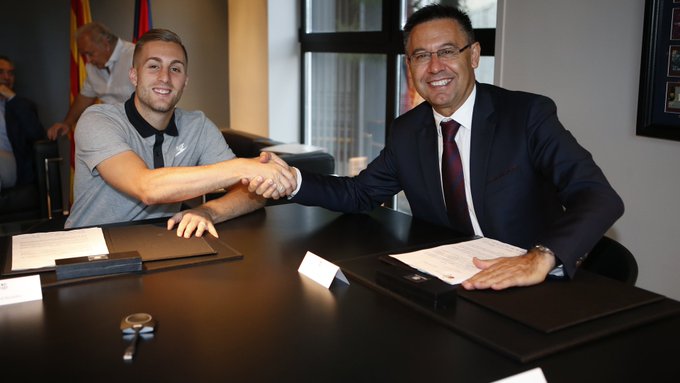 The winger only two substitute appearances in La Liga with Barcelona in his first stint with the club, but is hoping to change that this time around and become established in the first team.

He recently captained Spain’s Under-21 team at the European Championships, where they fell 1-0 to Germany in the finalFull-back Nelson Semedo is set to be unveiled as the second signing of Ernesto Valverde’s tenure at Camp Nou later on Friday.