Ndiaye – for some, one of the highly-regarded Senegalese coaches – led his country to a Second-Place finish at FIBA AfroBasket 2005 and has spent most of his coaching career in France’s PRO A.

During his playing career, the 64-year-old was named FIBA African Championship’s Most Valuable Player on two consecutive occasions (1973 and 1974).

The appointment ends months of speculation after Spaniard Porfirio Fisac announced in August that he wouldn’t continue in charge of the team after the FIBA AfroBasket 2017. 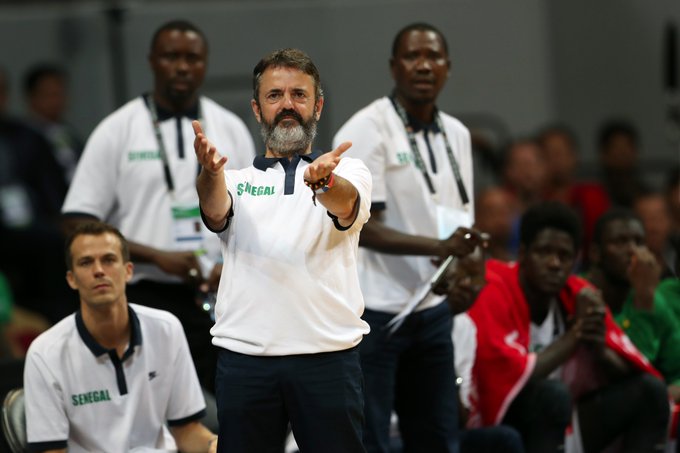 So if Porfirio Fisac is to step down as head coach of #Senegalafter #Afrobasket2017 who will take over for #FIBAWCqualifiers?

Under Fisac, Senegal lost two of their games at FIBA Olympic Qualifying Tournament 2016 in Manila, Philippines.

Once in Tunis, where the Second Round of FIBA Africa’ prime competition took place, Senegal outlasted Angola in Quarter-Finals, but they stumbled to Nigeria in the Semi-Finals.

Although the terms of Ndiaye’s contract are to be undisclosed, it’s expected that he leads the team throughout the FIBA Basketball World Cup 2019 African Qualifiers.

From February 23-25, Senegal will play the First Round of the Qualifiers in Group D in Maputo against hosts Mozambique, Cote d’Ivoire, and the Central African Republic.