That’s the message issued by the team’s star forward, Kenneth Kadji, after the Cameroonians beat Guinea and Chad but lost to reigning African champions Tunisia when hosting the first leg of the African Qualifiers’ Group A action in Yaounde.

“IF WE’RE GOING TO QUALIFY FOR THE WORLD CUP, IT’S GOING TO TAKE 12 MEN, NOT ONE OR TWO INDIVIDUALS” Kadji

After sitting out FIBA AfroBasket 2017, Kadji put on some impressive performances in the national team jersey at the end of November and clearly displayed what the “Lions” of Cameroon had been missing in his absence.

He had 13 points and a team-high 12 rebounds in Cameroon’s opener, a hard-earned 65-60 win against a resilient team of Chad.

The 6ft 11in (2.11m) Kadji continued his show in Cameroon’s second outing against Guinea in which he led all scorers with 20 points as the Lions trounced Guinea 116-78 in a one-sided encounter.

However, a 67-66 loss to reigning African Champions Tunisia in the last Round 1 game stopped Cameroon from topping pool A.

Despite the defeat, Kadji who plies his trade for Turkish outfit Tofas, appreciated his team’s playing style, suggesting there has been an upgrade in the way the Lions perform on the court. 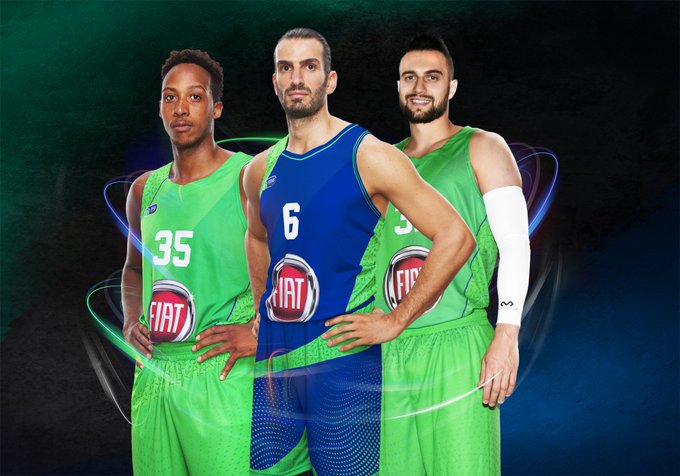 “I think we have a good team and we just have to be consistent but defensively we must get better and work more as a team. If we want to qualify for the World Cup, it’s going to take 12 men not one or two individuals.”

The former University of Miami standout attributed his fine performances during the Qualifiers to a good team chemistry.

“I know a couple of guys on the team, they know how I play and how I like to have the ball. We are blending very well and we have to keep going that way.”

At 29, Kadji has his sights firmly set on reaching the World Cup in China.

Ranking second in Group A is the first step towards making this goal become a reality but the power forward warned Cameroon’s next round of Qualifiers in June 2018 won’t be any easier.

“All the teams are very good. Obviously, people talk about the African champions Tunisia but Guinea and Chad shouldn’t be underestimated,” he pointed out. “We have seen what they can do. These two are decent teams with talented players who play hard to win games so we have to be on our best and focus if we want to continue with our good run.”

He is confident that with the help of a number of key players available in the June-July 2018 window, the Lions will have a stronger team.

“We have some incredible players in the NBA who will be available by June and that is good for the team. But it’s more important for us to qualify for the World Cup as we would have more kids in Cameroon interested in basketball than is the case now,” Kadji explained.

Cameroon travel to Tunis in June-July 2018 for the return leg games of the Qualifiers’ First Round.