In this article, FIBA.basketball tries to answer everything you need to know about the FIBA ACC 2017.

WHAT: The ACC is FIBA Africa’s clubs prime basketball competition. It is an annual eventual, gathering the champions and top clubs from across Africa.

HOW THEY QUALIFIED: While FIBA Africa has awarded two wild cards this year, Etoile Sportive de Rades qualified by virtue of hosting the event, and the remaining nine teams qualified via FIBA Africa Zone Qualifiers.

The twelve teams will be divided into two groups of six. The first phase of the tournament will be played in a round robin format, with every team taking on its five opponents in its respective group. The top four teams from each group will qualify for the Quarter-Finals.

The second phase of the tournament will be played in a knockout format from the Quarter-finals to the Finals.

NOTE FROM THE EDITOR: Defending champions Al Ahly of Egypt did not participate in the Zone 5’s qualifier in Uganda, and as a result, will not defend their continental title.

Hosts and winners of the 2016 edition of the ACC, Egypt’s Al Alhy will not defend their title

WHERE: All FIBA ACC 2017 games will take place at the majestic Salle Omnisport de Rades, 10 kilometres South of Tunis.

HOW TO WATCH: FIBA’s digital streaming. All the games will be live on youtube.com/fiba.

FIBA ACC runners-up in 2014, the Tunisian champions are hosting the tournament for the first time in their basketball history.

Head coach: Adel Tlatli has played a major role in the transformation of the Tunisian national team’s success in recent years. For just over a decade in charge of the national team, Tlatli helped his country move from a modest African country to a continental heavyweight. He was in charge of Tunisia’s winning FIBA AfroBasket 2011 team.

The Nigeria champions return to the tournament for the third straight time. A year ago, the Kano-based side fell to eventual ACC champions El Ahly in the Semi-Finals, before stumbling to Association Sportive de Sale in the Third-Place game.

They qualified for the ACC 2017 as winners of FIBA Africa Zone 3 Qualifier, and they head to Rades looking to become the first Nigerian club to win the continental trophy.

Nigerian internationals Abubakar Usman and Abdul Yahaya have been key to Pillars. A year ago, the former not only recorded a tournament-high 35-point, but he also averaged a staggering 18 points per game.

Head coach: Sani Ahmed (Nigerian) has served as head and assistant coach to the Nigerian national team. He was part of the 2012 Nigerian Olympic team.

Runners-up at FIBA Africa Zone 3 Qualifiers as well as finalists in the Nigeria Kwese League, Gombe Bulls are set to make their FIBA ACC debut.

Timothy Kwaor, a prolific three-pointer – along with Kator Gar and Abdulwahab Yakubu – could play major roles for the Bull throughout the tournament.

Head coach: Abdul Rahman Mohammed (Nigerian). He is assistant coach of the Nigerian national team who claimed a Second-Place finish at the FIBA AfroBasket 2017 in Rades,Tunisia.

AS Mazembe (Democratic Republic of Congo)

Three years on, and AS Mazembe are back in the ACC. Back in 2014, the Congolese reached the Quarter-Finals, but a defeat to eventual champions Libolo ended their ACC aspirations.

Nevertheless, the runners-up of the Congolese championship head to Rades targeting a game-changer moment in their basketball history as no Congolese club has ever reached the podium although they have two ACC Fourth-Place finishes.

Although the Congolese champions missed out on direct qualification to the Finals, they have replaced Equatorial Guinea champions Malabo Kings, who failed to comply with FIBA Africa’s regulations.

New Generation are appearing in the tournament for the first time.

The East African have never hidden their intentions of becoming a continental heavyweight. As the most successful Ugandan club with four straight national league titles, they have set bold goals this year.

The Oilers are appearing in the FIBA Africa’s elite tournament for the second time in a row. 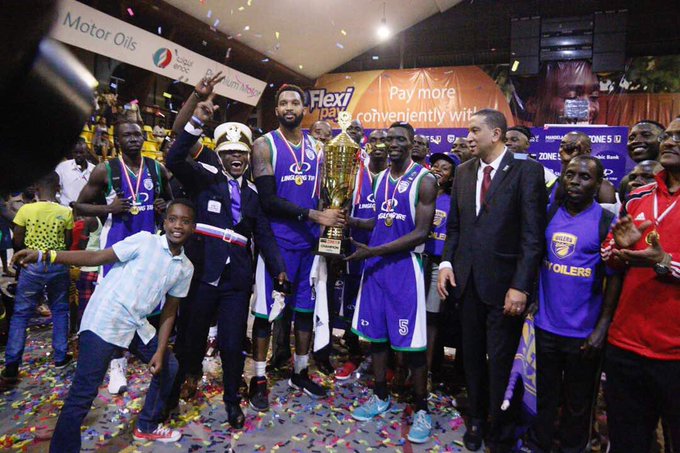 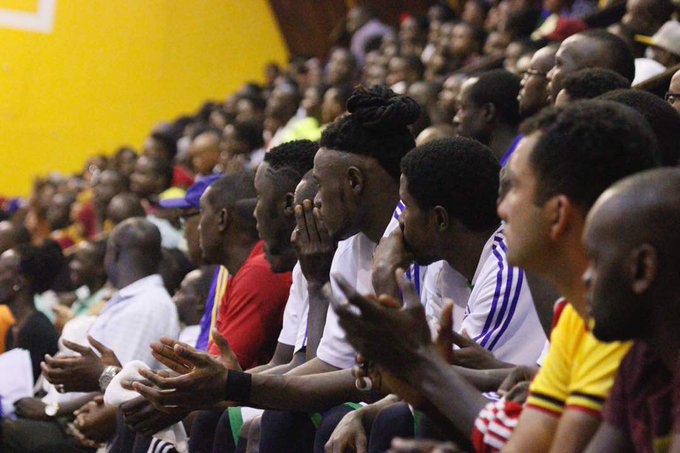 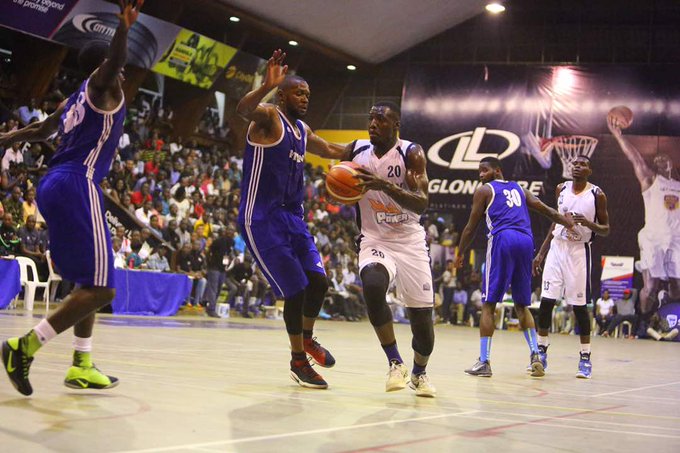 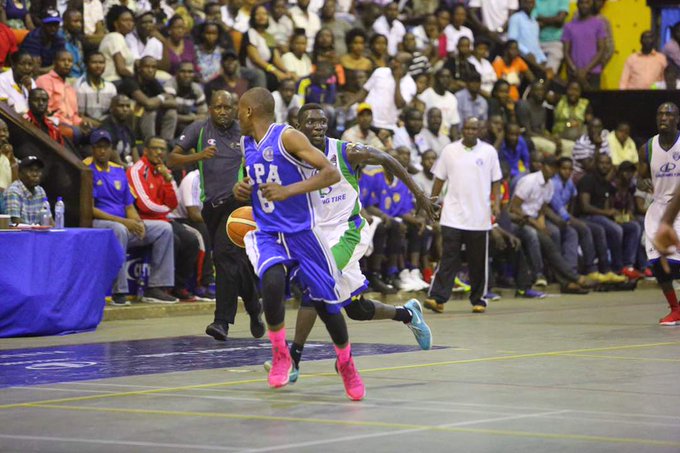 Thank you all for the great support to us throughout the tournament.Special thanks 2 the sponsors.#Zone5Champs17#BeastsFromTheEast

Head coach: Mandi Juruni (Ugandan) is currently serving as assistant to his country national team. In a recent interview with FIBA.basketball, he emphasized the Oilers ACC goals: “Our expectation is to win the tournament. You do not have to play 20 times to win something. It is about preparation, hard work, belief and having a good team to compete.”

It’s been twelve years since the Luanda-based club last featured at the elite of African basketball. Although they finished third in the Angolan Unitel League, they earned the right to play in the ACC Zone 6 Qualifiers as the runner-up of the Angolan National Cup (defeat to Libolo).

The team consist of a number of national team hopefuls, including Gerson Domingos, Alexandre Jungo, Felicio Cabita and Jonatao Ndjungu.

Head coach: Alberto Babo (Portuguese) has been in charge of the Angola National Police-funded club since 2012, after winning the National League at the helm of Petro de Luanda.

Winners of the 2014 edition of the ACC and runners-up a year ago, this Libolo team is built among a number of Angolan international including Reggie Moore, Roberto Fortes, Olimpio Cipriano and former ACC MVP Milton Barros.

Olimpio Cipriano (left) ranks among one of the regulars at ACC

Head coach: Raul Duarte (Angolan) has served as the head coach of Angola at the FIBA Basketball World Cup 2019 in Cairo.

It’s been over 32 years since a Mozambican side reached the ACC podium. Back in 1985, Maxaquene took Dakar by a storm to beat local side AS Police.

Now, Mozambique new champions Ferroviario da Beira are looking to replicate that continental success. And although they failed automatic qualification after finishing in third in last October’s ACC Zone 6 qualifier, they benefited from one of two FIBA Africa’s wild cards.

Watch out! Ismael Nurmamade, Helton Ubisse have shown tremendous progress over the past few years. While the former was named MVP of the 2017 Mozambique League edition, the latter is described as Mozambique’s next big thing.

Head coach: Nasir Sale (Mozambican) has been internationally recognised as the head coach of Mozambique women’s team. However, he is trying to build his name in the men’s game, and leading Ferrovairo da Beira to a national crown early this has proven to be a huge statement.

As hosts of last week’s ACC Zone 1 Qualifiers, the Tunisians missed out on automatic qualification for the Finals but benefited from a FIBA Africa wild card.

A Third-Place finish in the 2016 edition of the ACC in Cairo was a major statement of their continental intentions.

And lining up a team that consists of key members of the Moroccan national team – including Mohamed Choua, Abdelhakim Zouita, Abderrahim Najah, Soufiane Kouroudu and Zakaria El Masbahi – suggest how competitive this team really is.

Head coach: Said El Bouzidi (Moroccan) has been in charge of the Moroccan national team at FIBA AfroBasket 2017 and the FIBA Basketball World Cup 2019 African Qualifiers.

Four wins in five games at ACC Zone 1 Qualifiers in Monastir, Tunisia, was the key to the Algerian champions’ qualification for the Finals.